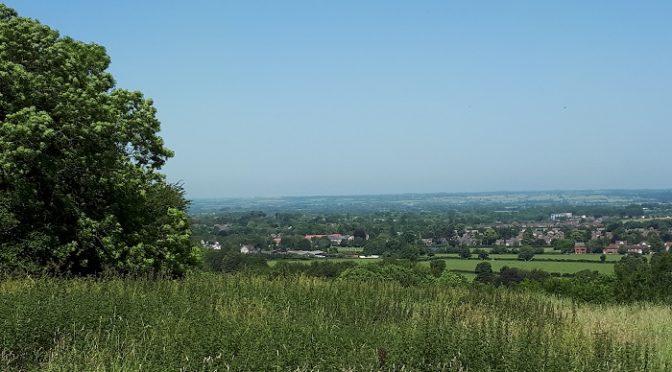 The walk will go down in the Polyramblers history as taking place on the hottest day of the year with a temperature of over 30 degrees.A further challenge became apparent at Euston station when our train for Tring was cancelled owing to a shortage of drivers.Undaunted Jennifer and I caught the train to Watford Junction where we met up with Peter Tarl our walk leader and Andrew one of our ramblers in time to catch the train to Tring. Unfortunately, Chris another of

our intrepid group had also arrived at Euston and caught a later train to Tring. Eventually six of us including Sunita started our walk from Tring station. We followed the Ridgeway for the beginning of our walk, we then walked through Tring Park for a welcome shady break from the heat. We then linked up with the Chiltern Way before arriving at our pub stop the Half Moon.We enjoyed a leisurely lunch before starting back via the Chiltern Way. We met with young people doing the Duke of Edinburgh award and a scout leader waiting for a number of scouts that Andrew had spotted going in the wrong direction.We ended the walk following the canal path from Cow Roast locks back to Tring Station where we caught our train without any delay.Many thanks to Peter Tarl for a lovely scenic circular walk on the hottest day of the year. Hilary