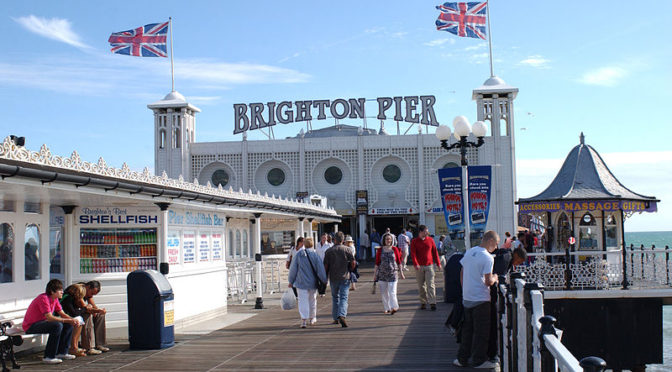 A Day of Contrasts!

Rob, Rosie Anna and Solvig set off for Hove – a bit earlier than planned due to a cancelled train.  I heard later that Barbara got a later train, and did the same walk although sadly we didn’t meet up. It was a very windy day with a fantastic wild sea, and we all enjoyed walking along the sea front towards the falling-down pier, which managed not to fall down while we were there!We crossed the road to the Melrose restaurant where we had super lunches. Hardly anyone was there so we had lots of attention as well ! After that we had a nice walk along the beach to Brighton and then decided to return to Hove. That’s when the fun started!

Finding a bus back to Hove that was moving and available was a miracle – there was some local problem – but getting back to Victoria with well over an hours wait at Hove and two trains cancelled (someone had become ill on an earlier train) we eventually got back. Hope we all got home before 10 pm.!

I think we all enjoyed it though! Grand to have a day at the seaside!