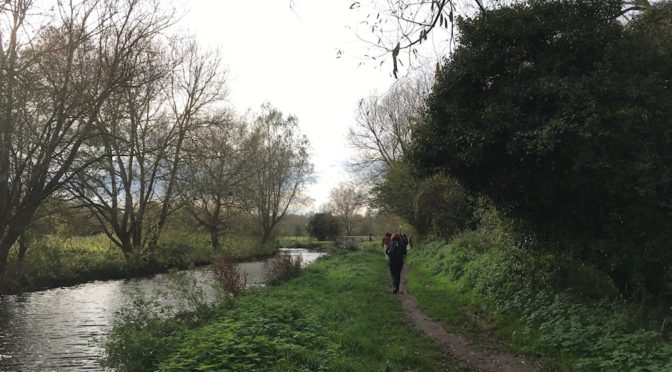 15 Polyramblers on this pleasant walk along the Stort Navigation. The day started a bit nippy but soon turned warmer, if a bit cloudy. Within 5 minutes of leaving the station, we were along the canal. After the first lock, the walk became more rural, passing Rush Mead Nature Reserve. The canal was busy with fishermen and narrow boats whose owners were getting their boats ready for the winter or enjoying a warm autumn day. We stopped to admire some Highland cattle in a field. We continued along the canal, passing a few more locks until we reached Sawbridgeworth with its maltings and granaries. We stopped there for lunch with a few people heading for the cafe of the antique centre and others having a picnic. We resumed our walk along the canal until we reached Harlow Mill and managed to catch an early train back to London.