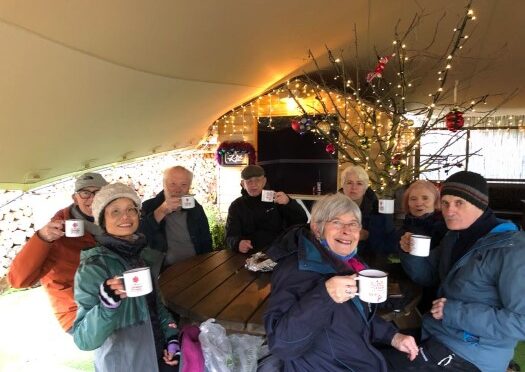 Despite the inclement weather and disrupted transport, a reasonable respectable eight members were in attendance for the post-Xmas ramble around Osterley Park and its environs. After meeting up at the temporarily closed Osterley Station, we headed past the permanently closed original station which is now a second-hand bookshop. Entering the park, we walked up to the redbrick Osterley Park House which was built for Thomas Gresham, the founder of the Royal Exchange in the City of London. Continuing over the M4 motorway and across a field with early signs of growing wheat, we reached Norwood Green. The aroma of mulled wine from the Plough pub led to an unscheduled stop for steaming mugs of warming alcohol and delicious homemade brownies provided by Lorna. Suitable refreshed, we joined the Brentford Arm of the Grand Union Canal and walked along the towpath to Brunel’s unique Three Bridges where three modes of transport cross in one place. 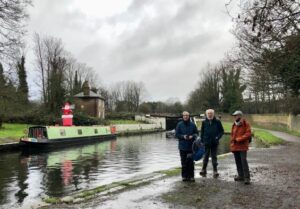 At the bottom of the Hanwell flight of six locks, we stopped for lunch at the Fox pub. The food was not to everyone’s liking but the beer tasted good. After another stretch on the towpath, we skirted Warren Farm. It could have been the site of QPR’s new training ground if it hadn’t been for the concerted opposition of some local residents, including one of our members who shall remain nameless! 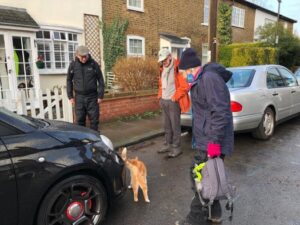 A final length of road walking brought us back to our starting point after a pleasant few hours.