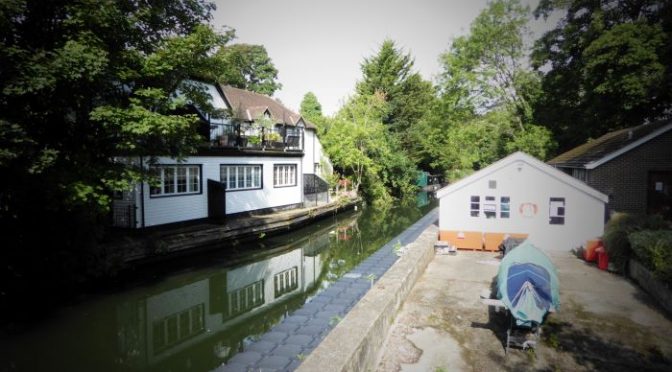 Eighteen Poly Ramblers met at Maidenhead station and made their way to the River Thames by Brunel’s famous rail bridge. It is the widest brick arch ever built and features in Turner’s 1844 painting ‘Rail, Steam and Speed’ viewed by Mick and Dolly just a few days earlier in the National Gallery.

We then followed the Thames Path to Cookham passing Boulter’s Lock described in Jerome K. Jerome’s 1889 novel Three Men in a Boat and the Cliveden Estate centre of the notorious Profumo scandal of 1963.

Six members ended their walk in Cookham whilst the rest of us, after a picnic lunch and a swift drink in the Crown pub’, rejoined the riverbank before heading inland and up a short but steep and narrow path onto an escarpment. We were rewarded with fine views of the Thames Valley as we followed the contour of the hill to its peak at Winter Hill before descending into the pretty eighteenth century town of Marlow.

Jennifer and Sunita with photos by Stuart