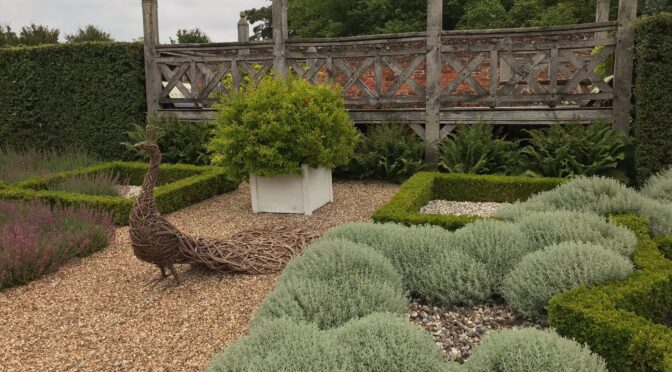 John Ray played a significant role in the field of botany, and he is now widely regarded as the father of British Natural History. The John Ray Walk was devised to celebrate his life and achievements and passes through the Brain Valley, the birthplace and home of John Ray. After meandering through Braintree’s new housing estates and leaving the noise of the busy A120, we crossed newly harvested fields and reached the church of St Peter and St Paul in Black Notley where John Ray is buried.We followed a path through the countryside continuing along a lane to reach the river Brain which runs alongside fields of poplars. We reached Fambridge Hall, crossed the river Brain again, arriving in White Notley for lunch just as light rain started falling but, thankfully, the heavy rain that was forecast for the afternoon did not materialise. After eating our sandwiches in a small park, we went to the Cross Keys pub for a drink. Tea proved quite a challenge and took a while to arrive. We followed the Brain, crossed the railway with care and arrived at Cressing Temple Barns (free to visit). The grade I listed barley and wheat barns are the oldest known timber framed barns and amongst the few remaining Templar buildings in England. We stopped for a quick look (no time for tea) and enjoyed visiting the Tudor walled garden where we were impressed by the huge pumpkins. After walking along a busy road, we continued along large fields, woodland and a quiet lane before reaching the outskirts of Witham. Housing developments had been built since the walk was designed and new paths had appeared but without signposts so, like on the day of the recce, it proved quite challenging to find our way to the station. But we reached it and a train was there waiting to take us back to London. The length of the walk is open for debate; the leaflet says 9 miles, the GPS says 10.5 miles and Andrew said 11.6.