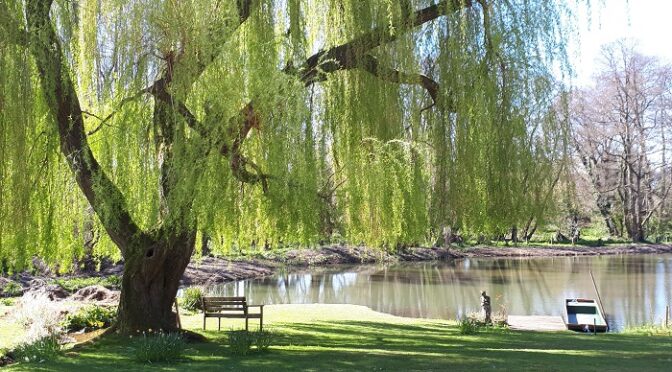 This was the first walk since lock down in December & it was a gorgeous reminder of why we would get up early on a Saturday. As we left Guildford we gazed at the curious sight of a huge hedge, sprayed with pink paint & chained to the ground. Hedging being much in demand & supply being short, hedge theft is big business now in Surrey & householders with large front gardens take what steps they can to deter persons who come in the night with forks & spades. An old sunken path took us out into fields where, being fairly flat, we saw more sky than most of us have seen for months. Then a meadow with three llamas dozing in a nice warm scrape they must have made & being gazed at with total concentration by a Westie, temporarily deaf to his owners’ irate calls. Just outside Chillworth we admired two fine pigs who, when younger, were covered with curly sheep-like wool but now just looked like abandoned rugs as someone said. After Chilworth’s ponds & water channels we took a small path that wended its way up the hill under dappled sunlight. through carpets of bluebells, celandines, wood anemones & violets. So beautiful was it, particularly after having been confined to a built-up environment for months, that we kept stopping to listen to the birdsong & enjoy the peace. We had a picnic in the sun at St Martha’s, high up on the North Downs Way & then walked down through the very different, more coniferous woods to the cafes & delights of Guildford. 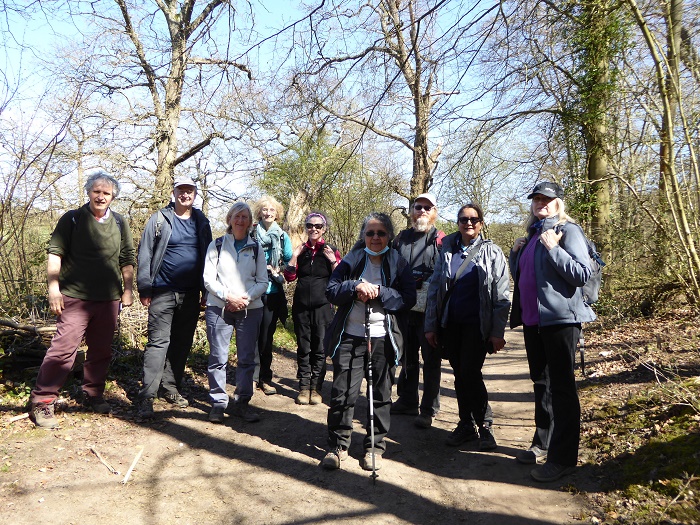