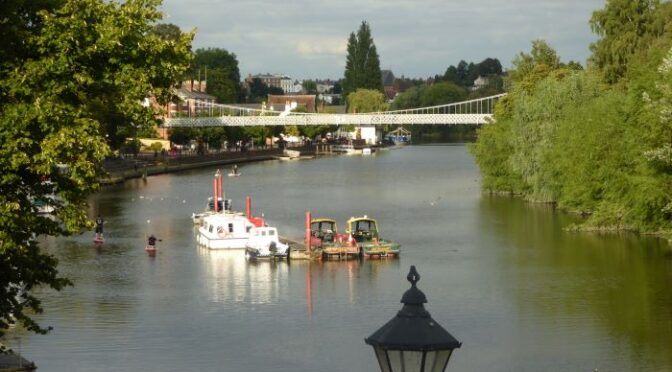 Twenty one Polys travelled to Chester from London to join the 20 who had preceded them on Thursday. After settling into the accommodation at Chester University and visiting the nearby Aldi for provisions, we met up for the tour of the city. We were able to admire the ancient walls built by the Romans and later fortified by the Saxons to defend the city. We passed numerous black and white timbered buildings dating back to medieval times and other more recent ones built during the Victorian Revival period. The Rows which are covered walkways above the shops, unique to Chester, were fascinating. We commented on the quirky mixture of buildings from different eras. We ascended onto a small section of the walls where 3 members tested the legend running up and down the Wishing Steps holding their breath while expressing a wish.

After strolling along the Groves by the River Dee we passed the remains of the Roman Amphitheatre which was the largest in Britain. We finished our walk at the Information Centre from where we could see the Victorian Gothic Town Hall and the Cathedral with its heavily restored Victorian exterior. We then dispersed in groups to find somewhere for dinner before returning to our rooms.