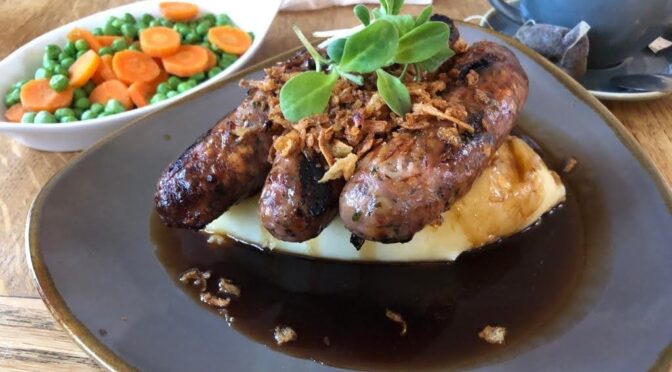 Seven Polyramblers travelled from a busy Euston station to Berkhamsted, where we were joined by three more people. Before starting along the canal we stopped to look at the paintings on a bridge showing scenes connected with the history of the Grand Union Canal. We walked along the canal for a couple of miles and noticed that it was not nearly as busy as the Regent’s Canal the previous week. We passed a heron which was very interested in something in the reeds, perhaps a frog. Herons are quite common on the canal but you don’t see many dragons. We did, however, see a dragon. It was carved from wood and was on a table in the garden of a canal-side house. For anyone who collects dragons, it is on sale for £600.
At Dudswell we left the canal, crossed the A4251 and started to climb through fields. In the first field we saw a couple of donkeys who started to approach us but then changed their minds. We saw horses and then someone spotted llamas in the distance. After a steady, but not too strenuous climb we reached a stile. Fortunately it was an easy stile, which brought us on to a sports ground. One of our party tried to push the groundsman’s roller, but without success. I suspect that the groundsman uses a tractor. After a few more fields and wooded areas we came to the Greyhound at Wigginton, where two people went off the look for a picnic spot, and one left for Tring station as she had an important appointment.
A table had been set aside for us and we sat down to order drinks and study the menu. The pub was busy and we had a long wait for our food. However we passed the time in pleasant conversation, with topics that ranged from the Himalayas to fostering rabbits and hamsters. When the food finally arrived we all agreed that it was very tasty. One of the group tackled a large plate of Wendover sausages on a bed of mashed potato, with a separate dish of vegetables. I had tried this on my walkover and can recommend it to anyone who goes to the Greyhound, provided they have a healthy appetite.
Thanks to the long wait for our meal we were able to make the 15.34 Southern service to Clapham Junction. We walked through Wigginton village and joined the Ridgeway Path, which took us through fields. From the path we were able to see Ivinghoe Beacon and then, on the high arched bridge over the A41, we were able to pick out the Bridgewater Monument and the village of Aldbury (see my next walk). We were just in time for the train, which took us to Berkhamsted, Shepherd’s Bush and West Brompton.