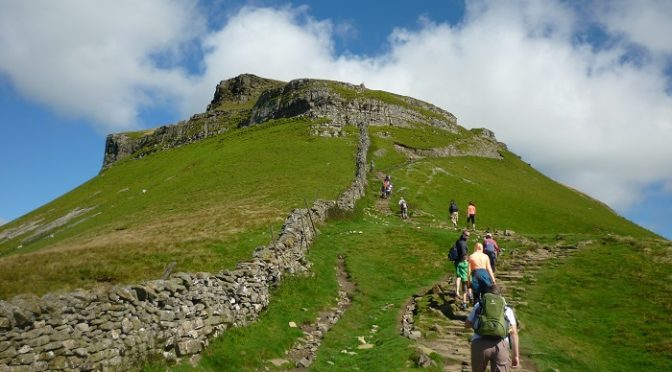 The Strollers’ report – By Sandy

For the Strollers’ first outing we caught the train to Settle to walk from there to Horton-in-Ribblesdale. On arrival in Settle there was the usual demand for a coffee stop from the subversive element but our leader enforced discipline and we made our way out of Settle into the beautiful, green Yorkshire Dales countryside. Before long we came to a steep hill, which surprised us because we were expecting a leisurely riverside walk. Nevertheless we made our way up the hill with true Strollers grit and determination. The descent into Stainforth proved to be even more of a challenge. It was on a steep, narrow, uneven and rocky path but we helped each other with true Strollers’ comradeship, sometimes resorting to sliding down on our rear ends. We were rewarded with a brief stop at the Craven Heifer in Stainforth, Craven being the name of the surrounding district. After Stainforth we deviated from the original route to avoid further climbs and made our way to Helwith Bridge for lunch, with the help of Mike and his map. The last stage was along the bank of the River Ribble but with a lot of stiles it was not as easy as we thought and we only just made the train at Horton.

For our second walk we caught a coach, which Gillian had booked for us, to Malham. This time we were able to have coffee in the Old Barn Café while waiting for our leader. He came later as he was arranging a meal for some of us in Le Bistro. At the café I introduced some of the Strollers to Kendal Mint Cake. We then walked a short distance to Malham Cove, which is a limestone cliff 260 feet high and 980 feet wide. We climbed to the top and some of the group claimed that there were 424 steps. It turned out, however, that they had overheard an energetic little girl who had done the counting for them.
Our Monday outing was to Bolton Abbey where we walked along the banks of the River Wharfe to Barden Bridge, which is near Barden Tower, a ruined hunting tower. Again, those expecting a leisurely riverside walk found that the path was far from flat. However the path was well maintained and didn’t cause much trouble. On the walk we passed the Strid, a gorge in the river with rapids which is considered by some to be the most dangerous stretch of water in the world. We had lunch at the Strid Wood café, where the pasties were of variable quality, although my Yorkshire curd tart was very tasty. On the way back David and I took a different path from the others and went at a fast pace, pretending to be Hikers. As we went through the extensive and crowded parking areas on the approach to Bolton Abbey we remarked on the large number of people and barbecues. We returned to Skipton on the service bus and later joined the Hikers for an excellent meal at Oakley’s Restaurant. The people at my B&B told me that Oakley is the name of the chef who took over from the previous Italian owners of the restaurant.
On behalf of the Strollers I would like to thank Gillian and all others involved in organising yet another great Polyramblers’ trip, not forgetting Danny, the Head Stroller. Lastly, if you were on the train to London which was 68 minutes late don’t forget to get your fare back through the Delay Repay scheme.

The Hiker’s report by Gillian

We started our weekend in the Yorkshire Dales with a stroll around the bustling market town of Skipton on Friday afternoon. We witnessed swans being weighed on the canal towpath before heading up the High Street for a circuit of the Castle woods, arriving back at the Castle entrance in plenty of time for our private evening tour. Our guide, Peter, had a wealth of knowledge about the long history of the castle and many entertaining anecdotes. Sadly I have already forgotten most of what I learned but can say that the castle dates back to Norman times, was involved in the Wars of the Roses and the Civil War and was restored by Lady Anne Clifford in the 17th century.
Saturday morning found 13 hikers on a short bus ride out of town to pick up an easy track across the moors which took us to the Bolton Abbey estate. We stopped to admire the ruined priory and church, eat ice cream and watch an unfortunate man stuck in the middle of the river on some slightly scary stepping stones. Needless to say we used the bridge instead. We headed up the river to a tearoom for lunch and from there across moorland back to the village of Embsay (starting point for the steam railway to Bolton Abbey). Stuart was a bit disappointed at having to change his preferred route due to grouse shooting on the moor (and would have happily ignored the signs had we not objected). We found another slightly longer path to the south without much difficulty and after many fields of sheep and cattle, countless step and ladder stiles over dry stone walls and quite a bit of bog hopping we eventually arrived in Embsay and a busy but friendly pub to get out of the drizzle. After refreshment it was only a couple of miles road walking back to Skipton.
The next day a slightly different set of 13 hikers headed north by train to the town of Settle from where we were to walk to Malham. Stuart and I remembered Settle from a previous Poly Ramblers trip organised by Peter Gould 17 years earlier. We paused at the cobblers where the proprietor in his leather apron had proved a great attraction to the female members on our previous visit. A long and steep climb out of Settle in the warm sunshine was rewarded by superb views across the valley and the rest of the walk seemed easy by comparison. After 6 miles we reached the limestone pavement above Malham Cove which was heaving with bank holiday crowds, and from there we headed across to Gordale Scar, meeting the strollers on their way back. After heavy rain the night before the Scar was an impressive sight. From there it was a level mile and a half to the village of Malham with a very welcome pub and tearooms. A few of our number found the energy to walk out to view Malham Cove from below before picking up our coach home.
On Monday we were back on the train north, this time joined by Geoffrey for the ascent of Pen-y-Ghent, one of the three Yorkshire peaks at 460 metres. We still didn’t manage to exceed thirteen in number though. Geoffrey provided some early drama by leaving his rucksack (containing food, water and warm clothing) on the train at Horton-in-Ribblesdale. Luckily customer services came to his rescue and sent it back to Skipton from where he picked it up later. The climb was relatively easy compared with some we have done, although there was some mild scrambling near the top to provide a bit of a challenge. We all made it to the summit without too much difficulty. On the way down we had time to make a slight detour to visit Hull Pot, a 100 metre gash in the moor with steep sides dropping to a shingle floor. The exceptionally easy descent put us back in the village in plenty of time for the early train. In the event most of the group found their way back to a house offering a garage sale and tea and cakes which we had seen on the way out. This turned out to be a cat rescue home so there were gorgeous kittens to cuddle and cats to play with. This left half the group in rapture (led by Harriet of course) and the rest slightly bemused. Once we had torn ourselves away from tea, cakes and cats we embarked on a crawl around the two pubs in the village before catching the train.   That evening the whole group gathered at Oakley’s restaurant and pizzeria for a very enjoyable meal with extremely large portions. Only five people out of 31 could manage dessert which tells you a lot.   On the final morning we did a 5 mile walk from the village of Cononley, just south of Skipton back into town via the village of Carleton in Craven with an impressive mill. I expected this walk to be low lying and boggy but it turned out to be quite hilly with lots more step and ladder stiles and many many sheep. A good way to end the weekend.  Watch this space for an account of the stroller walks soon.
Gillian

Maps and profiles of the hikers walks below.

Details of two of the strollers walks below.

Programme of walks and activities 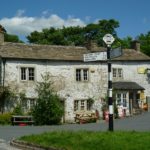 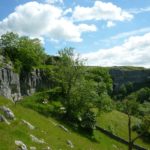 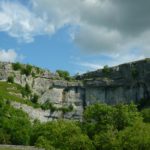 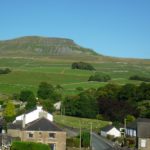 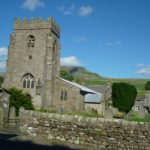 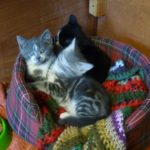 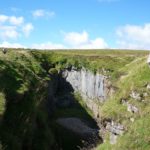 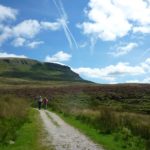 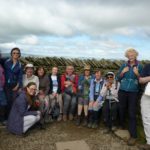 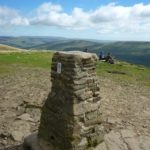 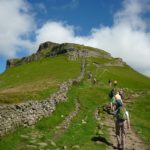 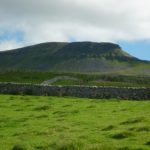 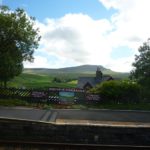 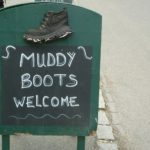 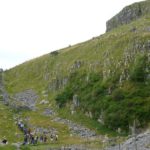 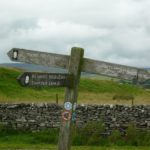 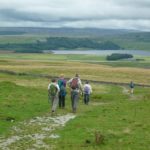 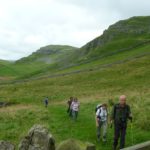 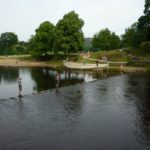 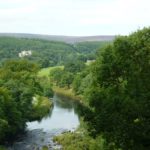 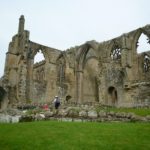 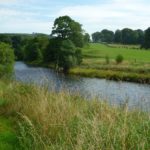 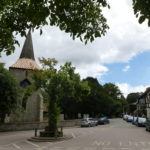 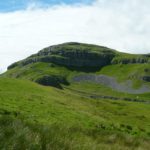