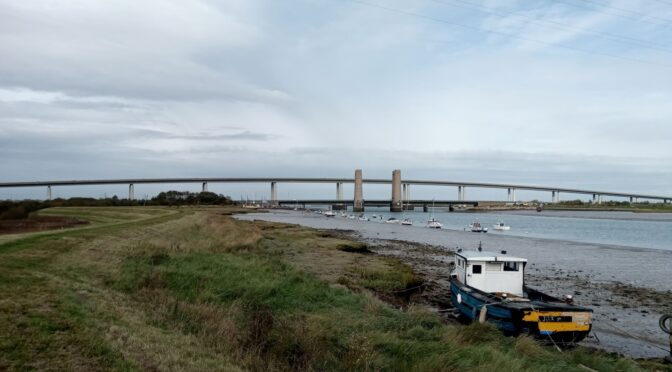 I was joined, alphabetically, on the walk by Anna; Harriet; Irene & Les. Having taken a very slow train out of Victoria changing at Sittingbourne, we set off from Swale station with a scramble down a bank onto the fore-shore of The Swale. A drowned valley, which in Roman times would have been twice as wide, separating the Isle of Sheppey from the mainland. A cable Ferry operated for centuries from here. We were treated to the sight of the 1960 road/rail vertical lift bridge being raised to allow the passage of a yacht, and over arching all, the A249 Sheppy Crossing opened in 2006. (see featured image)Then away we went, heading for Milton Creek & Sittingbourne, stopping halfway at a picnic bench for the consumption of essential calories. We had decided to have two short breaks morning and afternoon with water stops as & when. We passed a Drylining Board factory; A recycling Paper Mill, the site of the Twin towers of the 1960 lift bridge standing in front of the 2006 crossing the narrow gauge Sittingbourne and Kemsley railway station and works, used originally to bring in supplies and take out finished paper from the mill, also a new Generating station, deriving power from waste. All along the Swale important marshes and RSPB reserves for migrating birds. Then a trudge through the industrial heartland of Sittingbourne. The afternoon saw us out along the banks of The Swale once again passing on the way the site of the long disused Elmley Ferry, James II tried to flee the country from here in 1688. There followed a right turn along Conyer Creek down to it’s end and a yacht club, where we left The Saxon ShoreWay for the time being and made off down a disused railway line,  just before we reached Teynham Station. 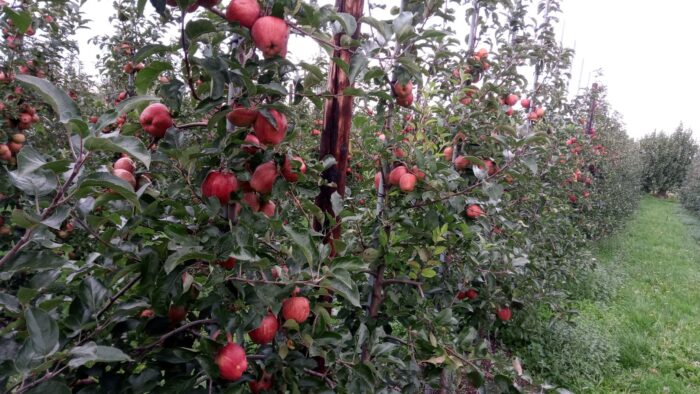 This was used to transfer bricks from the pits and kilns around Teynham for shipment to London to construct a good many of the arches that support the railways strung out through south London. We were very lucky with the weather, even managing a good many sunny spells, and the rain held off until we were on the train back to London.

Many thanks to Les for the photos.