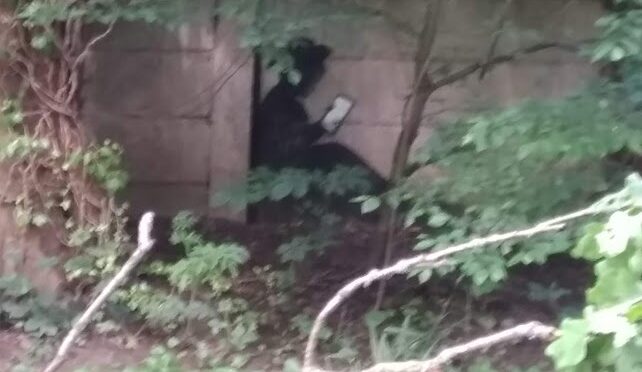 Geoffrey, Pam, Jennifer, Harriet, Chris, Les, Ian and myself headed off from Cockfosters Underground station shortly after 10am. It was our first part of the London loop, going clockwise.

On the walk we went through Trent Country Park, past 17th century Forty Hall (we carried on, leaving the museum visit for another time) and Albany Park. The landscape was easy walking, and not too muddy, so we were able to enjoy the beautiful autumn colours and smells.  A light shower led us to shelter under some trees for a while though most of the day was dry and mild.

Although the lovely old Rose and crown pub was closed for refurbishment, we did find a nice row of benches on the other side of Clay hill road and enjoyed lunch there.  We bumped into Colin Saunders en route and I’ve since bought his London loop book, in preference to the one with more ‘arty maps’ which I was struggling to follow, even second time round!

Geoffrey, being on the ball re transport, had discovered that Enfield lock station was closed that day. Our walk ended at Turkey street rather than Enfield lock station as planned. Although we did arrive home earlier, it does mean that our next stage in January will need to be slightly longer. Changes tbc.