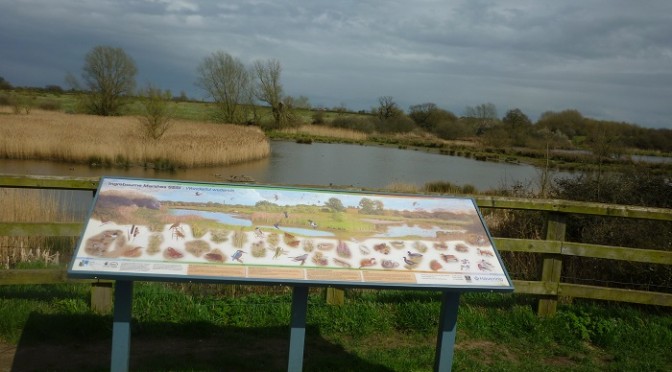 Thirteen walkers turned out on Saturday for the penultimate section of the London Loop, in spite of another unpromising weather forecast. After some drizzle as we left Harold Wood the clouds lifted and the rest of the day was punctuated with bursts of warm sunshine. This area of London was unfamiliar to most of us and as usual with the Loop we were pleasantly surprised as to how much of the walk was though parks, fields and woodlands rather than on roads. The first four miles took us through Harold Wood Park then a community woodland, crossing the Ingrebourne River a couple of times before eventually bringing us out at Upminster Bridge station. According to the the Loop instructions we should have seen Upminster windmill on the horizon at one point but I can’t have been paying attention as I completely missed it! After a leisurely pub lunch (so leisurely that Geoffrey managed three courses!) Rosie, Caroline and Anna’s friend Lois decided to call it a day while the rest of the group continued for the remaining four miles to Rainham. This took us through the Ingrebourne Valley, passing lakes teeming with bird life and WW2 pillboxes as this was once an RAF airfield. Then we entered Hornchurch Country Park which Martin told us was built on top of a huge landfill site over 30 years ago. It’s hard to believe the transformation. From there it was a short walk into the village of Rainham and the station for the train back to Fenchurch street. Thanks to Martin and Anna. Don’t forget that the last 4½ miles from Rainham to Purfleet is on Saturday 14 May 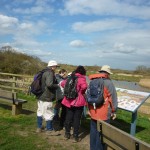 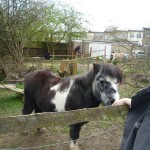 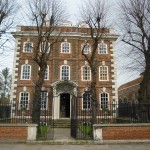 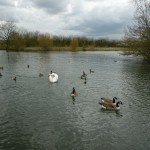 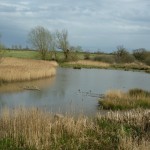 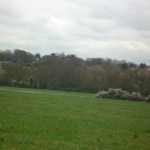