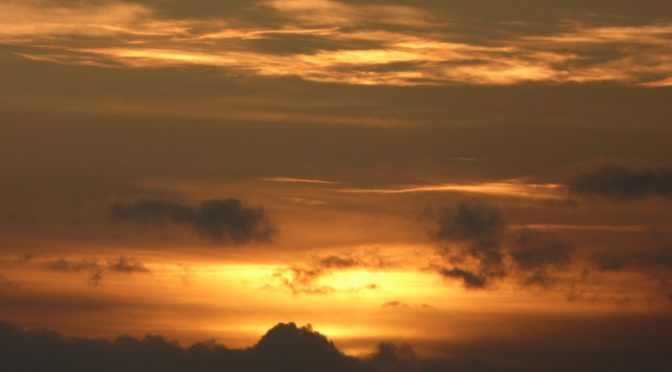 I was delighted that 17 walkers turned up for this walk although I wasn’t certain they had all taken in what I had said about the mud! Some of them had been rather derogatory on the train about the Essex landscape – riverside flood plain – so they may have been surprised to see the steep street as we left the station! The footpath continued uphill through Benfleet Downs and Hadleigh Country Park, part of which was used for the Olympic Games mountain bike course. The commemorative stones and cycle track could be seen away through the trees. At the beginning of the path we saw a blackthorn in bloom, which seems rather early but then the winter hasn’t been that cold (yet!). No sight of daffodils such as we saw last week nor snowdrops, first spotted on 17th January. As we gained height we were able to see between the trees over towards the Thames and the shores of Kent in the distance. The thin cloud rolled away and we were treated to blue skies all day. At the top of the hill at The Hub there were lots of children taking advantage of the biking trails and play area. We carried on to the rather calmer Hadleigh Farm Tea Rooms for an early lunch which our group described as very tasty and reasonably priced. I can vouch for the carrot cake! The estate of Hadleigh Farm was purchased well over 100 years ago and is still run by the Salvation Army. General Booth intended the colony for ‘the benefit of men who through misfortune need a helping hand’. They were trained in farming activities including livestock, arable, poultry, market gardening and orchards as well as brickmaking. There is a Rare Breeds Centre which can be visited in the summer season.

After lunch, fortified and restored, we made our way to the ruins of Hadleigh Castle, originally built by Edward III as a defence against the French in the Hundred Years War. Having admired the view out towards the sea (no French in sight!), we made our way along the grassy ridge and down to the mud of the plain, which was still deep and marshy in parts, putting our footwear to the test! So we slipped and slid along towards Leigh-on-Sea station, where three of our number took the train back to London.The rest of us continued to Old Leigh and along the footpath to Chalkwell and then the Promenade. There was no time to stop and look for Brent Geese eating the eelgrass on the mud at low tide, so I have provided a photo I took on the walkover so people can see what I was talking about! Were the group intent on reaching the fleshpots of Southend, striding at speed through the strolling crowds past the turn-off for Westcliff? No! They rushed across the road and leaped into the lift which took them up the slope and off to the station. That left three of us lured by Sandra to visit the pier. After a short debate, we caught the train along to the far end of the pier in time for a cup of tea at sunset and then walked back with Gini who had made her way to the end on foot! That’s an extra 2.66 miles! The almost full moon was rising on our right. (Full moon the next night). A stimulating way to round off a very enjoyable day, especially in view of the forecast of Storm Ciara for the next day! Thank you to the group for making the day!