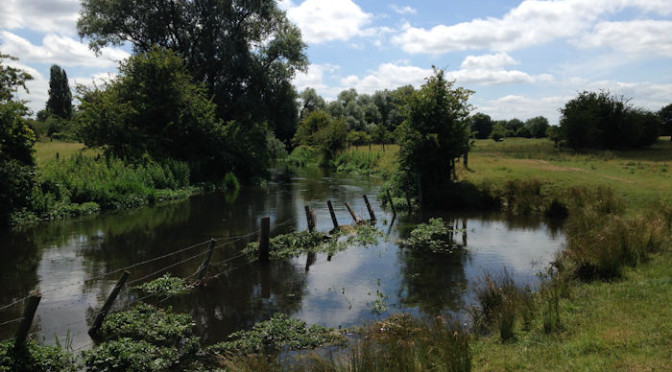 The Hicca Way starts right next to Arlesey station and we followed the lovely river Hiz through nature reserves and meadows full of butterflies.  We crossed Arlesey Common via a footbridge over the river.  The path cut across arable fields of wheat and barley and Ickleford and Whitsun Commons before arriving in the village of Ickleford via the Icknield Way.  We had lunch in two different pubs or a picnic in the churchyard.  This was the end of the idyllic walk.  The rest of the day was a disaster (no photos available).  The route is diverted due to the building of the Cambridge line flyover which is now completed and in use.  On the recce, I followed the diversion which is mainly on pavements and passes factories, sewerage works, waste transfer station, etc.  So, on the day of the walk, I thought I would try to follow the original route to make the walk more interesting.  I think I succeeded.

It started well, going through a field and a willow plantation, following the new flyover.  Then we continued along the river through a jungle of nettles and brambles.  We had to turn back because the river had overflown and we tried another route and then another until we ended up in Hitchin’s old and new sewerage works.  The exit gate was shut so we had to walk all the way back to Ickleford where two walkers abandoned us to take the bus.  Finally, we had to follow the diversion and walk on pavements, pass factories, waste transfer station and the sewerage works, viewed from the outside this time.  And, would you believe it, the gate was wide open!  We soon arrived at Hitchin station to catch our train which was also diverted but, luckily for me, via Hertford North.

My deepest apologies to the 16 Polyramblers who came on my walk. I hope this will not put them off from coming on my future walks.  I will never, ever divert from the route again. 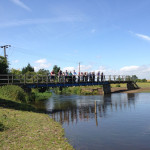 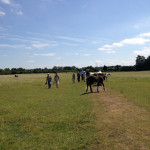 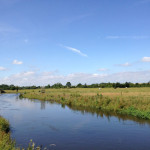 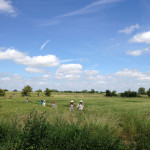 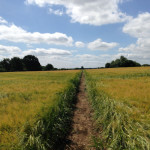 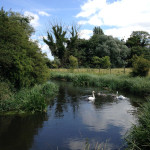