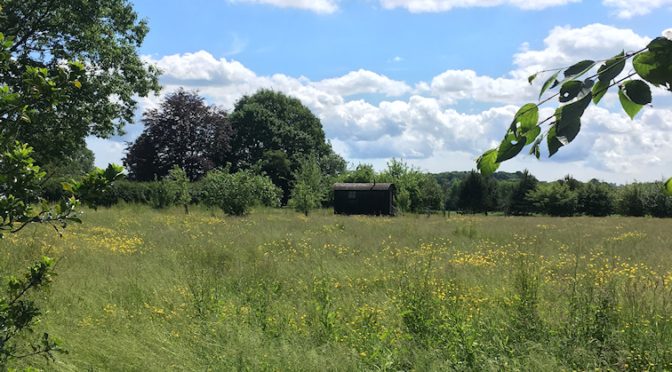 13 Polyramblers for this 10 mile walk on a cloudy day which became brighter and quite hot as the day progressed. We started with a gentle slope to reach the ridge which we followed to Stone Cross and continued along the Wealdway path to Fordcombe. We resisted the temptation to stop in the pub for an early drink. We momentarily lost 3 ramblers but found them again. We walked through meadows to reach the river Medway which we followed for a while until we crossed it. We then walked along a farm track and up a steep hill at the top of which was the welcome sight of our lunch stop: The Spotted Dog public house. The afternoon walk continued through lovely countryside until we reached some woodland where the path was quite muddy. We followed Kent Water and met the Medway again. No time to stop at Willett’s Farm to sample some of their 21 flavours of ice cream; we had an hourly train to catch which we did with 10 minutes to spare. A lovely walk through the Weald of Kent.