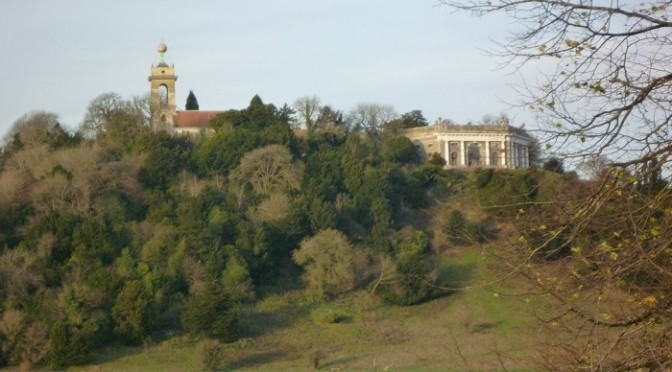 A slightly disappointing turnout on Saturday, not helped by the overly pessimistic weather forecast and perhaps the lure of Christmas shopping – most of the massive ticket queue at Marylebone were heading off to Bicester Village designer outlet.    Nonetheless we made it to double figures, thanks to new member Maggie (welcome Maggie!) and Stuart’s friend Eddie who lives locally.  A bus took us south from High Wycombe town centre, across the M40 and dropped us outside a recently closed pub. We walked north west, through Marlow Bottom and eventually to Moor End and the village of Frieth.  Much of the walk was on bridleways through woodland so inevitably there was  a fair amount of mud and leaf mulch which made the going quite hard work at times.  This is a popular game shooting area and we were not surprised to come across a pheasant shoot shortly before lunch.  Luckily they were taking a break and we just had enough time to clear the area before the shooting restarted.  Eventually we reached the Prince Albert pub at Frieth where our pre-ordered sandwiches and jacket potatoes arrived very promptly.  Yvonne joined us for lunch and had planned to do the afternoon walk but by this time it had started drizzling and she decided that home and a hot bath was a more attractive option.  Peter also headed off to catch a bus and the remaining nine of us continued north to the villages of Lane End and Wheeler End (the latter unfortunately situated by a bridge over the M40).  From there it was mainly downhill through more woods on the edge of West Wycombe Park, down to the village of the same name.  On the way down we could hear the crowd at Adams Park, home of Wycombe Wanderers.  From the noise level we thought they must be achieving a great victory, but the final score was a 2-2 draw with Portsmouth.  Thanks to everyone who came along. 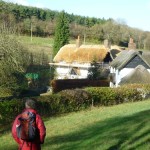 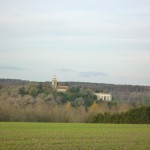 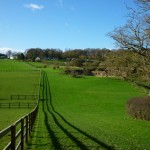