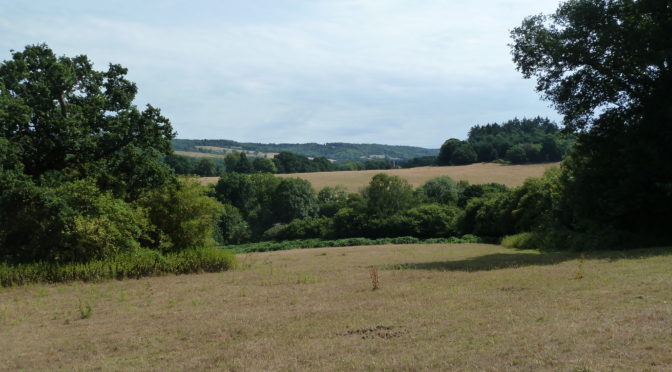 As I waited for the train from Waterloo, as leader of my “Annual Hampshire Walk”, I was looking forward to seeing who got off the train.  As the train slowed there were “waves” from some of the windows, and when the train stopped out came Sandra, Mike, Pam, Irene, Val and of course lastly Geoffrey!!

Having greeted each other like long lost friends we made our way down to the “Itchen Navigation Canal” for the first part of the walk.

The Itchen Navigation is a 10.4-mile (16.7 km) disused canal system in Hampshire, that provided an important trading route from Winchester to the sea at Southampton. For about 150 years. Improvements to the River Itchen were authorised by Act of Parliament in 1665, but progress was slow, and the navigation was not declared complete until 1710. It was known as a navigation because it was essentially an improved river, with the main river channel being used for some sections, and cuts with locks used to bypass the difficult sections. Its waters are fed from the River Itchen. It provided an important method of moving goods, particularly agricultural produce and coal, between the two cities and the intervening villages. On its completion it was capable of taking shallow barges of around 13 feet (4.0 m) in width and 70 feet (21 m) in length, but traffic was fairly modest.

With stunning views of the Church across the meadows, we made our way up to Twyford (Hants)

Twyford is a village and civil parish in Hampshire south of Winchester and Twyford Down.    The village lies on the River Itchen, which passes through nearby watermeadows, and has been important economically for its residents.  The name “Twyford” means “two fords” (Old English ‘twifyrd’), which cross the River Itchen and was noted from as early as 963, being also mentioned in the 1086 Domesday Book as ‘Tuiforde’, belonging to the Bishop of Winchester and containing a church and six watermills.

Skirting the main village we made our way across a field of ripe barley to the old Twyford Water Works.

Twyford Waterworks is an Edwardian pumping station containing a unique selection of buildings and machinery within a rural downland setting in the heart of Hampshire. The site was given the status of a Scheduled Ancient Monument in 1973 and passed, as such, to the Southern Water Authority on 1st April 1974. In 1985 the Twyford Waterworks Trust was incorporated as a charity to run it. The Trust obtained a lease for the redundant parts of the site in 1992. With the privatisation of the water supply industry, the works passed to Southern Water Services who are the present owners of the site and who still extract 5 million gallons (25 megalitres) from the original boreholes.

Leaving the Water Works behind we followed rising footpaths between fields with the odd tree (walnut) for shade. By this time the sun was out and the gentle climb,   caused a few “beads of perspiration to form”. However the surrounding views made up for the discomfort!!  On reaching the high ground a convenient corner of a shady field  provided a very welcome “coffee stop”.  Having reached a lane we followed its shady bower to the start of another footpath across a harvested field of rape, and on up to the village of Owslebury and the Ship Inn, our  welcome lunch venue..

Owslebury is a village and civil parish in the county of Hampshire, in the south of England approximately 5 miles (8.0 km) outside Winchester. It lies within the administrative district of the City of Winchester.  The village lies at the top of a hill, on the Roman road from Winchester to the south coast near Portchester. Owslebury lies on the Pilgrims’ Trail from Winchester to Mont Saint-Micheland the Monarch’s Way from Worcester to Shoreham-by-Sea.

In 1830, on November the 23rd, there was a riot in Owslebury. This was part of the wave of discontent among agricultural workers which had spread across southern England and expressed itself as the Swing Riots. A large mob formed and moved from farm to farm demanding money and threatening to destroy agricultural machinery. At Rosehill they assaulted Lord Northesk’s steward, Moses Stanbrook, wrecked a winnowing machine, and extorted £5. John Boyes, a local farmer, accompanied the mob demanding that farmers and landlords sign an undertaking which read “We, the undersigned, are willing to give 2s. per day to our married labourers, and 9s. per week to single men, in consideration of having our rent and tithes abated in proportion”. At Marwell Hall the lady of the house, Mrs. Alice Long, gave the mob £5 and signed John’s document. Eventually the mob retreated to Owslebury Down. Nine people had signed John Boyes’ document. A folk song called “The Owslebury Lads”, collected in the early 20th century, recalls these events. It can be heard sung by Steve Jordan on the CD “Folk Songs of Hampshire”. It was collected at Winchester in 1906 by George B. Gardiner.[4]

After a picnic  lunch “washed down with the local brew” we made our way via field footpaths, again with stunning views on either side to Henstings Lane proposing to negotiate a stile and enter a field footpath. However, the “stressed neighing” of a horse in the field made us wary which was fortunate, as the horse then galloped furiously  towards us, and we quickly vacated the field. Apparently she was upset not being able to join friendly horses passing  in the road!!.

The “incident over”, we made our way via a few stiles, field and woodland paths to the cricket ground in Twyford (a match being in progress) and on back to Shawford and the welcome of the Bridge Pub.

Having thoroughly enjoyed renewing acquaintance with the forenamed (and the walk), I left them enjoying a quiet drink in the shade!! 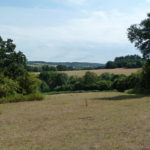 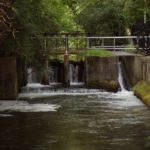 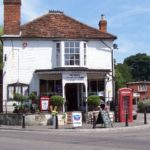 Photo 2: A disused lock on the Itchen Navigation that has been turned into a weir. Taken by Pedro near Bishopstoke