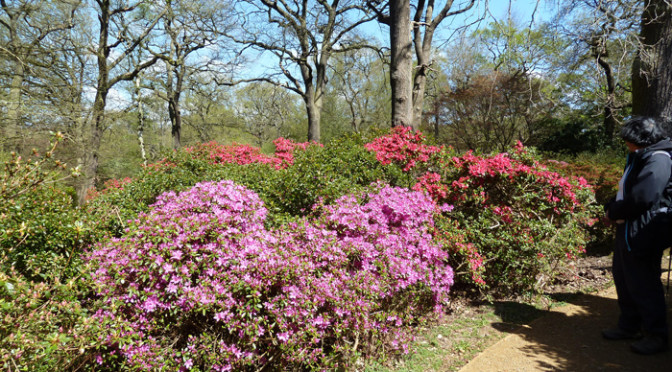 Despite signalling problems on the District Line, 15 of us managed to get to East Putney. Special mention  to  Rita and Mike Trainers of whom we haven’t seen a great deal recently.  The weather was dry and bright, but decidedly chilly as we made our way up to Putney Heath and then to Wimbledon Common and its distinctive windmill. Richmond  Park was in good shape and our route took us throughIsabella Plantation. Some of the famous azaleas were in bloom but it might be worth going in another couple of weeks’ time. We had our lunch outside Pembroke Lodge, enjoying the view and the sunshine, though  windproof clothing was the order of the day.  We made a detour to King Henry’s Mound, and its  protected view of St Pauls which was unusually clear.

Exiting through Ham Gate we crossed Ham Common, with its mature trees and frontage  of historic buildings and reached  Ham House and the river. After due consultation we changed the planned route to Teddington, and turned right, hoping  to take the foot ferry to Twickenham, something which none of us had done. Sadly, we will all have to wait a little longer as there was already a small queue and a 30 minute wait. We carried on downstream but the spring high tide meant that the tow path was under several inches over water in places. Poor judgement and inappropriate footwear meant that some of us had to squelch the last couple of miles to Richmond where a few of us had  a relaxing beer or two. 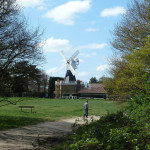 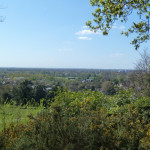 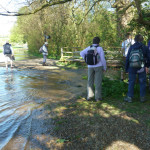 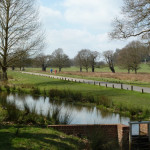 All in all, a good day to be out and about.