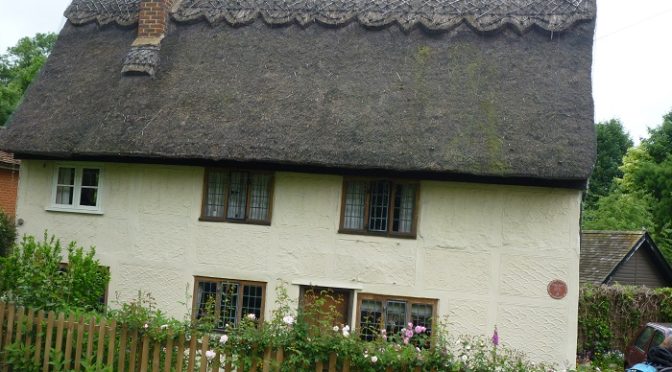 Thirteen walkers turned out for stage four of the Icknield Way on Saturday. I decided to skip a couple of miles of road walking from Letchworth and start at Baldock, so cutting the distance from 14 miles to a more manageable 12. The weather was coolish so good for walking, though a little chilly for sitting around.
We started down Baldock’s impressive high street, passing an enormous Tesco with an unusual Art Deco façade. We headed north east on a gently undulating route through poppy fields, soon reaching the village of Wallington where George Orwell lived in the 1930’s and kept the local sweet shop. His thatched cottage was marked with a plaque. We continued on bridleways and green lanes and eventually reached the village of Sandon. Sadly its pubs had long since closed but there was a village green with a couple of bench seats and a bus shelter to accommodate us while we ate our picnics.
After another three miles of green lanes we reached Therfield and the only pub on the route where we stopped for refreshment before the last couple of miles took us into Royston and the train. A pleasant and relatively undemanding 12 miles, and almost mud free in spite of the rain.
A couple of people asked about the emblem on the Icknield Way signposts. It represents a Neolithic flint axe in recognition of the age of parts of the route. We have now completed about 50 miles of the 110 miles to Thetford.
Look out for the next section in April.
Gillian