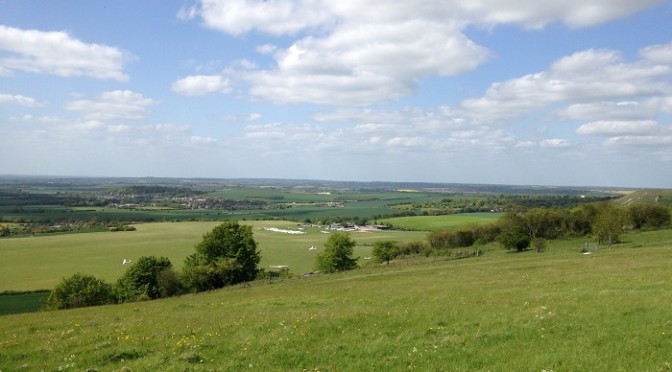 Saturday was a beautiful sunny morning with a light breeze, perfect for walking the first stage of the Icknield Way. Things got off to an inauspicous start as the leaders were a few minutes late meeting the group at Tring and Dominique had missed the train at Euston (long ticket queue).  So Stuart set off with a group of 12 to begin the 3 mile uphill trek towards Ivinghoe Beacon while Irene and I waited for the next train.  After the first half mile I gave Dominique the map and lether and Irene go ahead as I had strained a muscle in my leg and was struggling to keep up.  We reached the Icknield Way milestone about half a mile from the top of the Beacon and turned away from the summit to save slogging to the top and retracing our steps (I hope no-one was too disappointed at this). Eventually I caught up with the group at the Red Lion in Dagnall enjoying excellent sandwiches and Stuart also tucked into a sticky toffee pudding.

After lunch we had another hill climb to cross a golf course and then skirted the boundary fence of Whipsnade Zoo. A number of inhabitants were heard and a few were sighted including a camel and some capybara. Soon we reached Whipsnade village where we left Nigel to wait for a bus (I am relieved to report that it did turn up) and from there we skirted the Tree Cathedral and onto Dunstable Downs where we stopped to watch the gliders and drink tea before making the final descent into Dunstable town centre and buses in various directions. A good day’s walking. 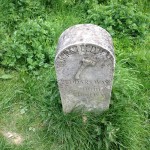 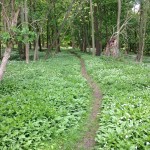 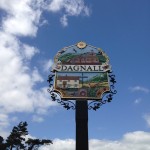 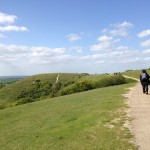