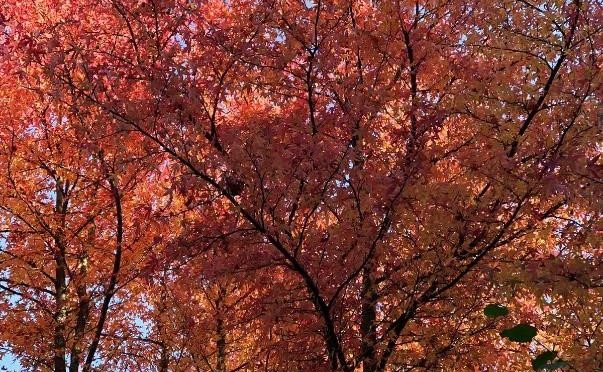 Five intrepid walkers set off from London only to arrive at the start and find no leaders in sight.  We had been to the station, but had to park about ten minutes away. The five agreed to meet the leaders halfway.  We set out on a sultry day with the crows singing Enrico Morricone spaghetti western tunes, as the sweat poured out of the follicle challenged leader’s head.

The walk took us through sunny autumnal scenes and a vista of surrounding hills, meadows and woodland. We also passed through the historic hamlet of Bassetts with several 16th century timbered buildings.  Two walkers got very excited every time fallen sweet chestnuts were found on the walk and the writer took a tumble not looking where he was going!  Shaggy Parasol mushrooms were also spotted, but not collected for later consumption.  Just as well, as I later found out that edibility is a bit touch and go!

A picnic lunch took place outside the Rock pub I didn’t think would be reached in time with refreshments then taken inside.  Early into the last stage of the walk it became apparent that the train travellers could catch an earlier than planned train back to London.  An agreed increase in pace through satisfyingly crunchy fallen leaves ensued, despite the squirrelling chestnuters hanging back to collect more rich pickings en-route.  The usual brief encounter with Alpacas, a typical traditional British countryside scene, made us all feel at home (well walkers home kind of thing)!