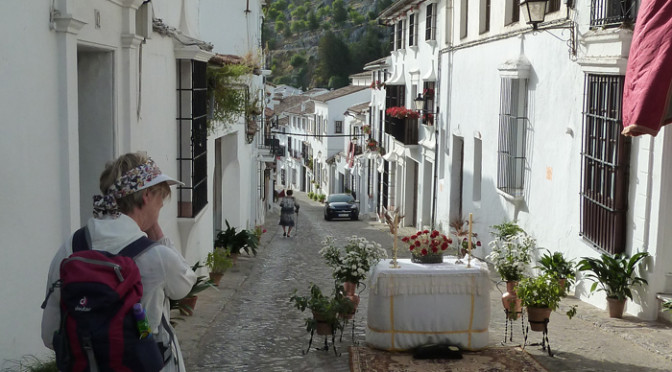 As most of you know, the club had a trip here in June 2015 and this is where our web master Clive lives. I’ve been in touch with him on and off since March. At the beginning, it seemed that the village was isolated from the virus, although there were cases in Ronda. Things have become progressively gloomier over the last 6 months and here’s his latest on how things are in the village.

Businesses over here are dropping like flies… I think now the penny has dropped exactly how much they relied on the UK, German and US visitors… I am not sure how long some places in Grazalema will remain open. Places like Rumores and the Simancon seem to be keeping their heads above water but others are obviously struggling. In Ronda 20 bars shut down permanently last month.
The coronavirus is increasing again and we have cases all around us in the villages. Apparently, Ronda only has 2 available intensive care beds available… Spain registered almost 2000 new cases over the last 24 hours. Goodness knows what will happen when the schools re open next month.

In villages and cities throughout Spain, summer has largely been cancelled. The annual Fiesta of The Assumption is celebrated in great style on 15 August. But not this year.
In common with many such companies, Clive’s walking and wildlife holiday business has had no income this year. We’ve therefore allowed him to put up a link to his sites on the right of our front page. There are some really interesting posts about wildlife and country issues. He also makes a modest amount from Hotel bookings via the booking.com portal on our front page. So now is the time to spend some of the money you’ve saved by not going away this year. Go on – you deserve it.