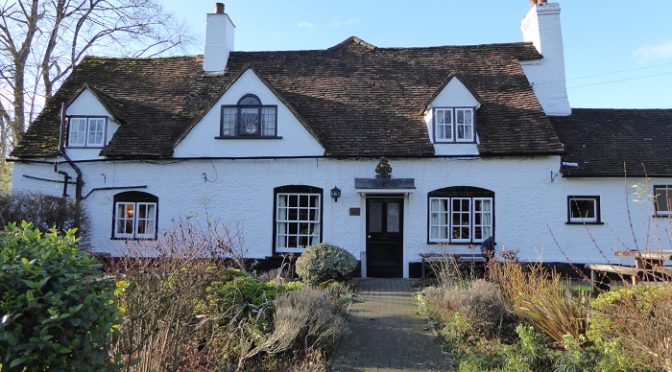 Report by Susan. Photos by Pam

Two ramblers and I set off on the 9.15 train from Paddington and were joined by 3 more polys and Teddy the dog at Ealing Broadway. Geoffrey, who had driven, joined us at Henley-on-Thames station. After walking a few minutes along the river, we branched off through the town and then onto the Oxfordshire Way footpath. We were lucky as although the wind was sometimes a little bracing, it was sunny all day. After a gentle climb we made our way along the Stonor valley, admiring the beautiful views. This area is known for the kites which have been reintroduced there, and we were treated to their aerial displays all along the route. After an hour or so, we came to our early lunch stop at Middle Assendon. Five of us had a tasty, home cooked lunch while the others found a spot to eat their sandwiches and joined us for a drink afterwards. In the afternoon we enjoyed a variety of scenery, woods, meadows and country lanes. It was a little muddy in places, but not too bad at all. After passing by a house once lived in by George Harrison, we made our way across a golf course and back into Henley just in time for tea at the Chocolate Cafe’ on the riverside. Unfortunately, they don’t allow dogs in, so 4 ramblers went off to catch an earlier train. Four of us remained to indulge in the delicious home cooked fayre at this very busy cafe’ before returning home.