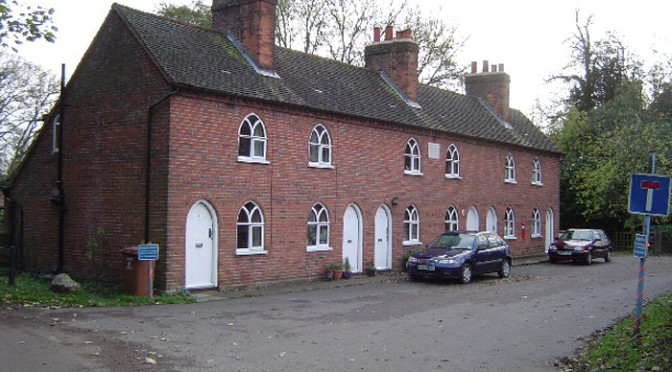 Eight of us met up at Watford Metropolitan Underground station, some arriving by car. After sorting difficulties with the station carpark ticket machine, we set off amongst the Betjemanesque 1930’s suburbia and soon entered Cassiobury Park. This was once the Home of the Earls of Essex, whose Mansion was dismantled in 1922. The grounds became the park. Crossing the Park in a westward direction we continued over the River Gade and Grand Union Canal, across a golf course and some fields via Redheath School and a wood to Chandlers Cross. Here the Clarendon Arms PH that I used to know has turned into a trendy Stakehouse restaurant.   We proceeded onwards over the M25 through some more fields, the River Gade having dropped low into a valley on our right.  Passing through Newhall Farm we soon made our way into Sarratt village, continuing on to Church End for our lunch at the Cock Inn.  Church End consists of just the Inn, some almshouses and Church of the Holy Cross dating from the 12th century.

At the Inn I was called by Gini.  She had hoped to join us there by getting a cab from the nearest railhead at Chorleywood, having got home very late from France the night before. However as this entailed taking a rail replacement bus from Northwood, it became impossible for her to reach the pub on time, so I suggested she cabbed to Croxley Green.

After consuming a delicious Belgian Chocolate Waffle for pudding, I thus set off with my party of 8 and we proceeded SEward along a track, back over the M25, more fields, via Micklefield Hall until we reached the green spread of Croxley Green before us. After another half mile we met up with Gini outside the Coach and Horses Inn at the Green side. She thus joined us for the final mile to Croxley station.

I was quite chuffed to be able to complete a 10 mile walk before 4pm.  I must stress this is the first time I’ve walked so far since my ankle injury last December. In fact I have just completed a 9+1/2 mile walk, a 10 mile walkover and a 10 mile walk in the confine of 6 days. So my foot is nearly better at last!!!!