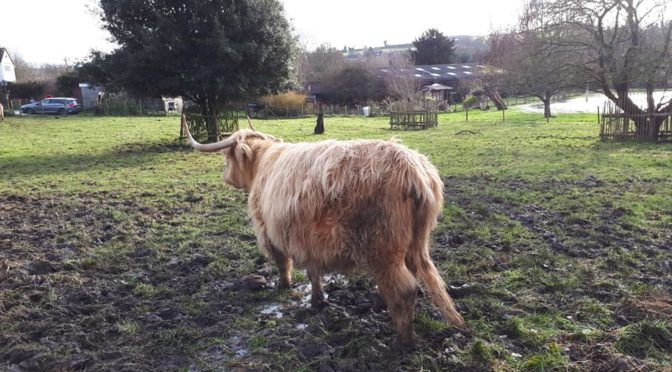 On a fine morning, twelve ramblers got off the train at Eynsford and commenced a walk along the Darenth Valley. The river was in flood but fortunately the footpath was mainly clear. We saw horses & highland cattle enroute and stopped at Lullingstone Roman Villa & the Castle for a peak.

Arriving after four miles at Shoreham, we were turned away at the first inn because it was full but the Old George pub was able to accommodate us at a long table by a roaring fire. Most of us had an excellent roast lunch at a reasonable price. We then headed off for the final two miles to Otford for our trains back to London. Six of us got off at Blackfriars and proceeded to Southwark Cathedral. The queue had already diminished and we were lucky to get get good seats at the back of the nave for the carols. After the service we met up with four other members who were there and some of us finished off the day with another drink in another George pub!