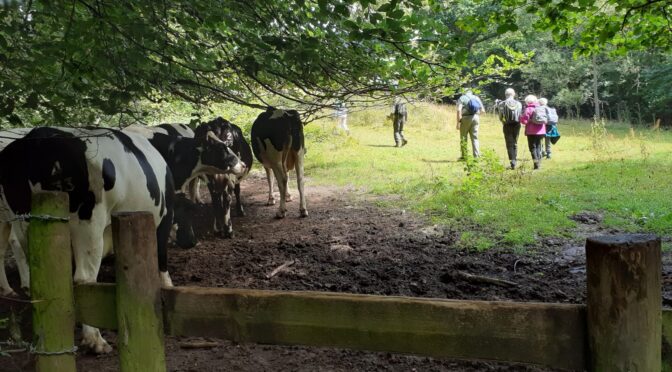 The leaders arrived at Cowden station where they met Geoffrey who had driven from his sister’s home in Eastbourne.  The train arrived on time and after the necessary socialising we headed off on the walk.   A few minutes into the walk, cows from Cowden blocked our way on the other side of a stile.  Fortunately, they were of good manners and moved out of the way.We passed a pub that didn’t open till noon and after a few groans continued on past Markbeech village walking through woodland where the guide’s promise of Eeyore’s house failed to materialise.  The search for the house and a debatable topic led to the group wandering past the turn for Hoath Corner.  Fortunately, the alert leader steered everybody back to a very obvious signpost (exclamations of how we missed it from everybody!) and we headed for refreshments at the Rock pub in Hoath Corner.  Staff at the Rock were very health conscious and we were told off for moving chairs which would now need further disinfection after we left.  We were then told off again at the picnic area as some of our bubbles were on (not obvious) private land. 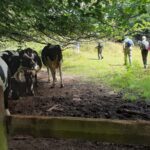 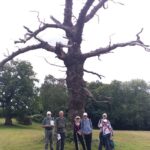