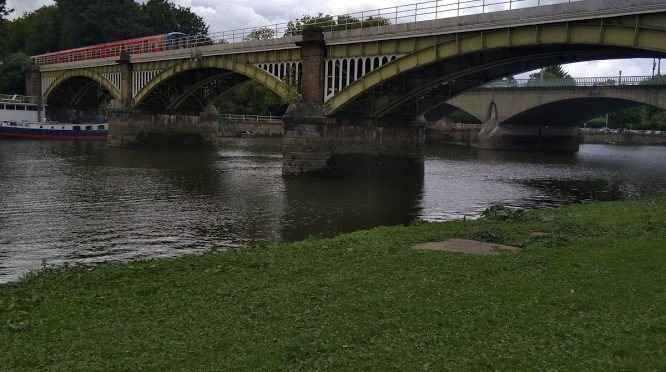 We enjoyed a leisurely walk along the river from Barnes Bridge to Richmond and then Richmond to Teddington. Although it was somewhat overcast it cleared up later in the afternoon.  Fifteen members started the walk, a good mixture of hikers and strollers for a change.  It was busy on the towpath with many cyclists and runners to dodge.  Part way along we had a call from Danny to say he was waiting for Sarah and Rosie who had been delayed en route.   Along the walk we were able to enjoy attractive views into Kew Gardens, Syon House along with the boats and birdlife on the Thames. We paused  opposite Isleworth village for a chocolate break courtesy of Rob, with roasted cashews from Lucy and Peter. For lunch we stopped at the Cocktail Kitchen in Richmond and were eventually joined there by Danny, Rosie and Sarah, making a final total of 17 walkers.  After lunch the majority of the group decided to call it a day but a small group of six (unusually male dominated) continued onwards to Teddington.