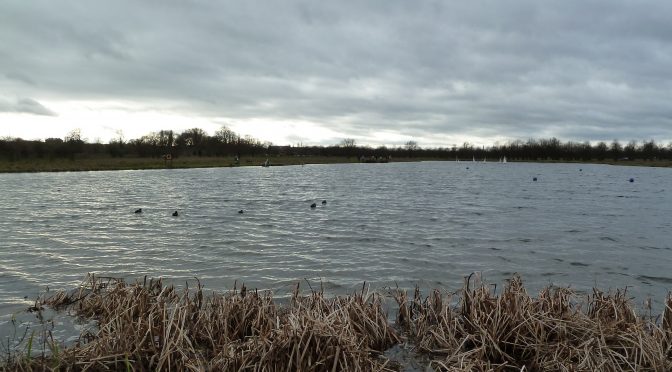 An impressive 20 Polyramblers assembled at Fulwell Station on a cool day, with rain forecast for later. We were soon entering Bushy Park, second in size of London parks only to Richmond Park. Skirting Upper Lodge, built by Lord Halifax and occupied by the Admiralty after the 2nd World War we admired the recently restored water gardens at the rear. We then followed the Longford River along which a strip of  woodland has been created, the area being fenced off from the main park and its deer..  It was pleasant in January but would probably  be spectacular during the azalea season. We stopped briefly at the Pheasantry for its facilities and met up with Mary, whose journey had been delayed by her bus breaking down. Emerging into the deer park, we headed south to the exit by Hampton Court. We crossed the road and entered Hampton Court Park, to the rear of the Palace. This is largely a deer park, with a spectacular canal,  built by Charles II. Passing the foot of this we emerged onto the Thames towpath enjoying the mile or so walk to Kingston Bridge. In Kingston, we lunched variously and said goodbye to seven of the group. In the afternoon, we continued along the river before cutting up and entering Richmond Park at Ham Gate. We took a pleasant, grassy, cyclist free path, heading straight across, with the Pen Ponds on our right. It gradually became extremely overcast, and just as I was explaining  how clouds always look darker towards sunset, the heavens opened. We shed another seven walkers who beetled off towards Richmond Gate. The rain was short lived and we were rewarded with  a few minutes of golden sunshine. Passing a large group of deer we reached Sheen Gate and soon after Mortlake Station.  Many thanks to those who came out and contributed to an enjoyable walk.