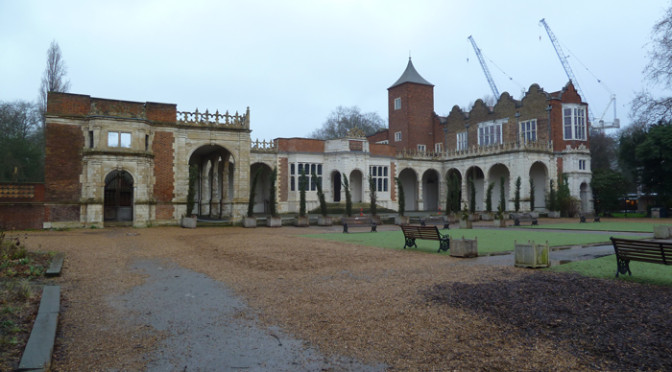 The weather forecast was for heavy rain, Holland Park Station was closed for several months and the District and Circle Lines weren’t going North of High Street Kensington.  All credit therefore to the 19 of us who were motivated to get to the start. It was dry as we made our way south into a rather sodden Holland Park. We passed round the house, dating from the 17th century, of which only the east wing wing remains, following bomb damage in 1940. Heading east, we crossed Kensington Church Street, making a detour down an attractive alley and past St Mary Abots Church. Here there is blue plaque to Ezra Pound the American poet. A contoversial figure, he was a contemporary of TS Eliot but became converted to the fascist cause. He moved to Italy, later making anti American broadcasts on behalf of the Mussolini government during the second world war.  He was incarcerated by the US army and charged with treason  but found unfit to stand trial.We entered Kensington Gardens, where the drizzle became rather more persistent. There were plenty of other people out and about making the best of the day as we carried on east and into Hyde Park. It wasn’t weather for sitting outside cafes so we kept going, scorning the attractions of the winter fun fair. Emerging at Apsley House, the rain became heavier as walked down Constitution Hill.  Passing Buckingham Palace and large numbers of tourists taking selfies we hurried on through St James Park to Whitehall. Here we said our goodbyes before dispersing into various cosy pubs. It was good to be out and to catch up with club members after Christmas but hopefully we will enjoy some drier walking in 2016.    Mike 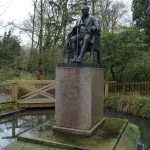 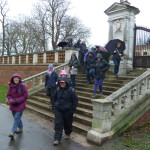 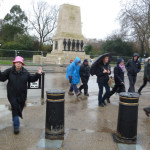